Most humans reach their pain threshold within three seconds, and none could withstand longer than five seconds. "For the first millisecond, it just felt like the skin was warming up. Then it got warmer and warmer and you felt like it was on fire ... As soon as you're away from that beam your skin returns to normal and there is no pain" 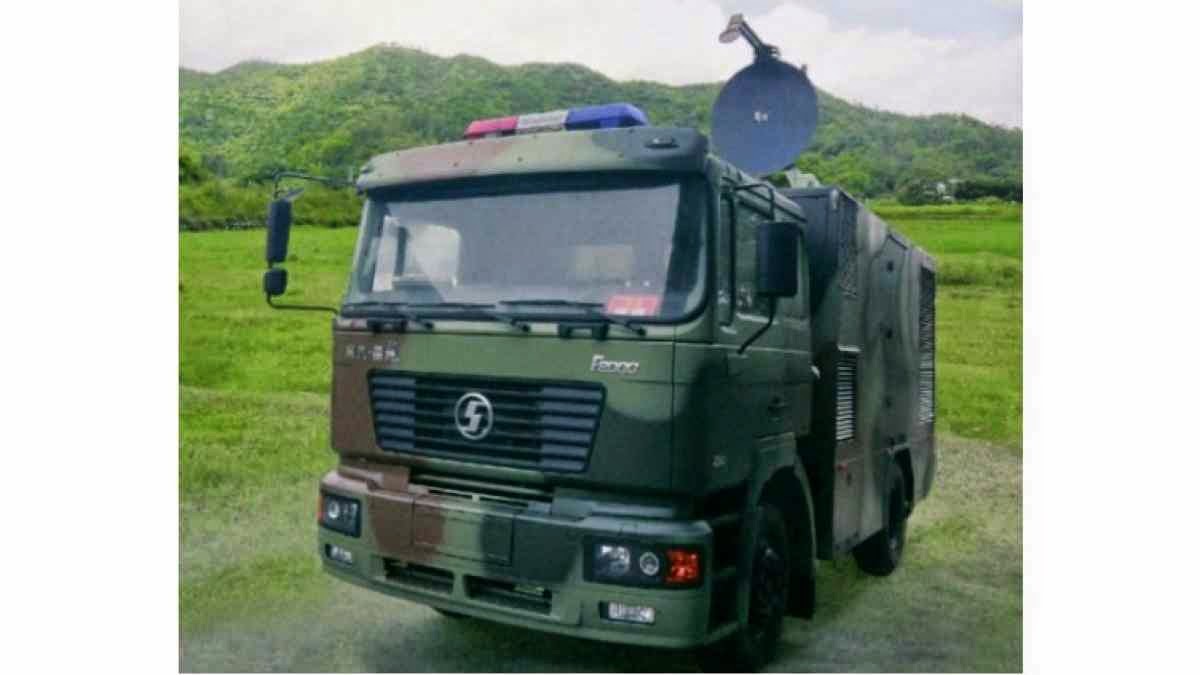 China has developed a long range and non-lethal 'pain beam' to disperse crowds. When the long-range beam hits a person, it heats water molecules just below skin, causing intense pain. It is a weapon that can be used to break up riots or protests from a distance. The Poly WB-1, uses a millimeter-wave beam that can travel distances of up to one kilometer. When the beam reaches a person, it heats water molecules just below the skin, causing intense pain. While a short burst with the pain beam causes intense pain, longer bursts at certain frequencies can also cause the flesh to burn and blister.

Riot control systems the world over.

In riot control “safety first” is the gold rule. That is why early systems are preferred world over.

Water Cannon:  Water cannon are a device that shoots a high-velocity stream of water. Typically, water cannon can deliver a large volume of water, often over dozens of meters. Water cannons were first devised for use on fireboats. Extinguishing fires on boats and buildings near the water was much more difficult and dangerous before fireboats were invented. The first fireboat in New York City was Marine 1, deployed 1 February 1891.

Water cannon are still in use on a large scale in Turkey, Chile, Germany, Northern Ireland, Belgium and other parts of Europe. The annual riots on 1 May in Berlin, the Schanzenfest fair in Hamburg, which regularly ends in riots, or other demonstrations, are usually accompanied by water cannon, which support riot police. German communities use their water cannon in hot summers to water public parks. The Turkish police water cannon TOMA has been used against protestors many times, including the 2013 protests in Turkey. 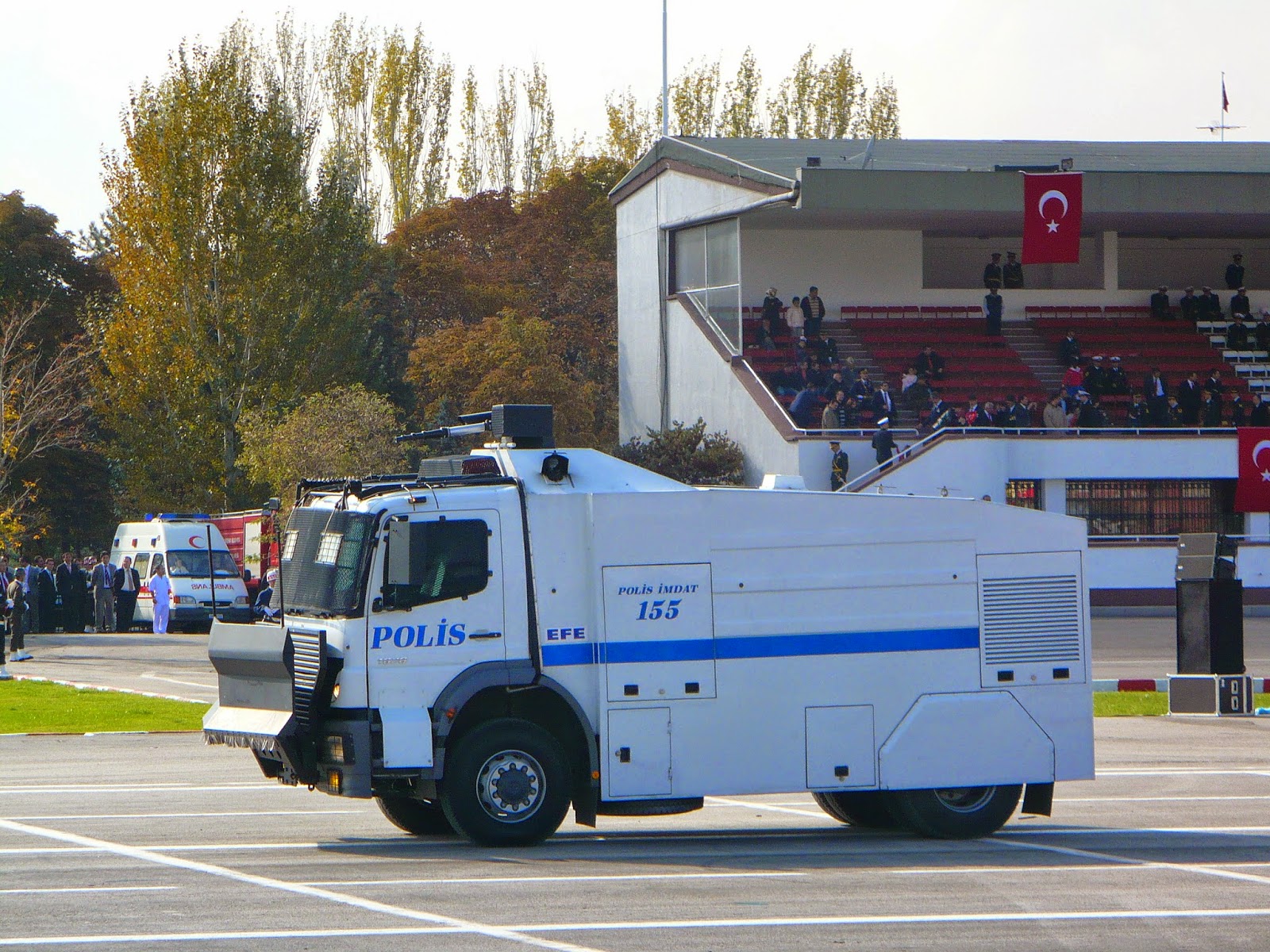 TOMA  is Toplumsal Olaylara Müdahale Aracı a Turkish word which means Vehicle to Social Events, is an armored water cannon designed for riot control from a Turkish company, Nurol Makina. It is used by the Turkish National Police and Turkish Gendarmerie, and has been exported to countries. TOMA can be integrated on to different type of chassis and can reach up to 100 km/h maximum speed. The critical sub-systems of the TOMA vehicles are also protected against ballistic threat.

LRAD: The Long Range Acoustic Device (LRAD), also known as sound cannon, is an acoustic hailing device and sonic weapon developed by LRAD Corporation to send messages, warnings, and harmful, pain-inducing tones over longer distances than normal loudspeakers. LRAD systems have been used to counter piracy, as non-lethal crowd control weapons, and as communication devices. The parameter "ka", which is the wave number multiplied by the speaker radius, is often used to characterize sound source directivity 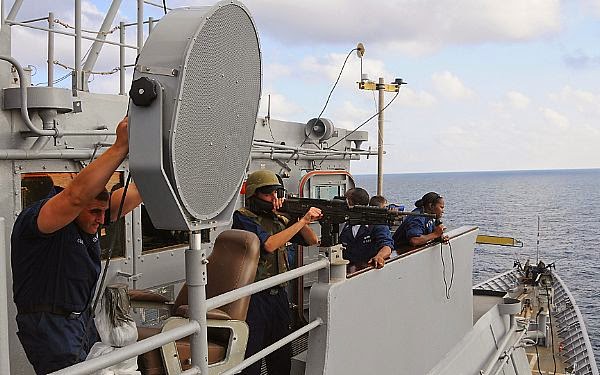 For this source, ka=19 at 2.5 kHz, and according to the LRAD data sheet, the beam angle of about 30 degrees total is precisely what is predicted for a regular loudspeaker. LRAD is extremely painful, and that it was designed for use in short bursts at 300 metres (980 ft), to give targeted people a headache. He said that "you definitely don't want to be" within 100 m; and, that the device will cause permanent auditory damage.

On November 5, 2005, the luxury cruise ship Seabourn Spirit employed an LRAD while repelling pirates who attacked the vessel with rocket-propelled grenades about 115 km off the coast of Somalia.  LRAD, was used and the pirates did not succeed in boarding the vessel and eventually fled.

The US deployed its own nonlethal microwave beam as a crowd control weapon in Afghanistan. But the device, called the Raytheon Active Denial System (ADS) was recalled in 2010 without ever seeing it used. When the beam strikes a person it does the same thing to your skin, as your microwave oven does to leftovers. On one can withstand the extraordinary pain but surrender.

Riot control should be human?

Critics at home and abroad raised serious questions about the ethics of using a pain beam to break up riots.  Generally non-lethal microwave weapon is a better, safer crowd control alternative than tear gas. At a time when mobs are raving against the government, attacking police, pelting stones causing destruction, the police resort to more advanced methods of crowd control than conventional tear gas shells.  Fearing the Taliban’s propaganda that Americans are zapping Afghans until they feel roasted alive Americans seriously pondered over the use of Micro wave and finally rescinded. The first-generation” weapons like water cannons, rubber bullets and pepper spray has gained a certain acceptance, despite their many drawbacks.  Exotic technologies like the Active Denial System invariably cause public alarm. The government cannot deploy a system that disables people for the rest of their lives. It should mind the long term consequences of the technology and the health disasters. Firstly the government should ensure that its fight is human.

Posted by poolabala at 6:52 AM