Eazy Foreign Languages offers multiple foreign languages under one roof. Six foreign languages - French, German, Spanish, Italian, Japanese and English. The trainer is a resource person and was an official translator and interpreter for two multi-nationals. 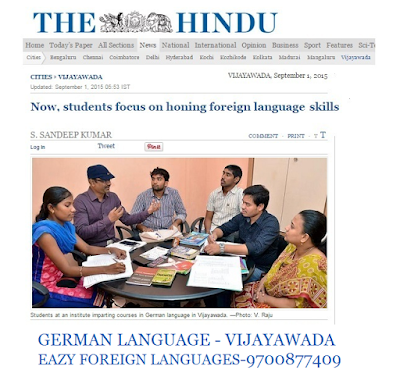 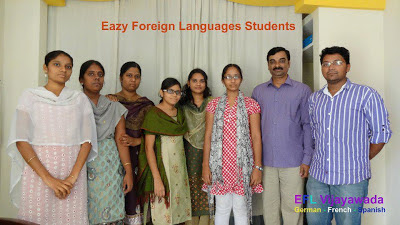 An extempore role play in the french class

Mr. Uday is a B. Tech. student of VIT and German student of EFL. A fast Learner and  very good German speaker I have ever trained. He made it possible in 3 weeks. His spoken abilities are excellent. He has done several German conversations. You can watch his videos on you tube. After watching him speak several other students started speaking. A good work can inspire people. Mr. Uday has inspired and will inspire many learners. Congratulations and thanks to Mr. Uday. 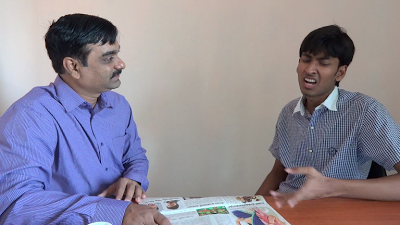 Here is another example of learning French in play way. The boy in the video is the son of the maid who works in Vijayawada. The boy can not write or read any language. the video show the performance of the boy after three days training.

Miss. Anusha who completed Pharmacy is hell bent on going to Germany. It is her dream to pursue higher education in a reputed University. She is very enthusiastic about speaking German. She speaks German well. Her conversations are now available on you tube. She is a good story teller. She is now in Jena , Germany. She doing her Ph.D there.(22 -04 -19) 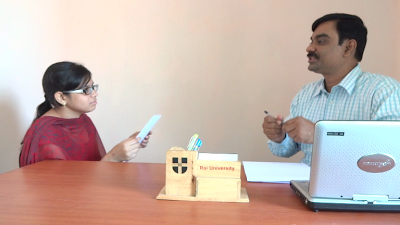 Mr. Harsha a German student is an enthusiastic learner. In his third class he spoke on the camera. He has impeccable confidence and stertorous steel voice. His video is available on you tube. 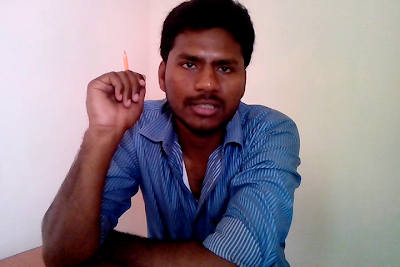 
French is going great guns. Pahi Murari from Hyderabad is here to learn French. He has  taken French as second language in his Intermediate. He is preparing for the French examination. He has passed his French exam. He must have finished his graduation by now. ( 22-04-2019) 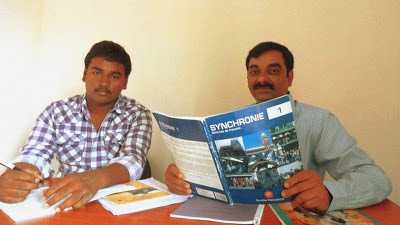 Mr. Krishna Kanth is a French student. He is studying MBA in Loyola College Vijayawada. He began speaking French recently. He attended only six French classes yet he shows high degree of confidence in speaking. 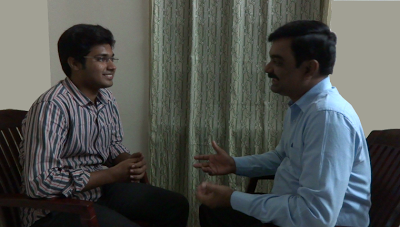 Roopa, a student of DPS is learning French. Having come from United States she prefers  French to Telugu. She is determined to learn French. She is also interested in writing articles and stories to magazines.  She wrote an article "Living in two worlds" in Vibrations, Oct 2012 Issue.  The article comprises her experiences in India in comparison with America.

Mr. Jeevan kumar who is a  pastor has a calling to preach gospel in Germany.  He attended classes only two weeks. Later he moved to Germany. Yet he managed to communicate in German. You can find his videos on you tube. 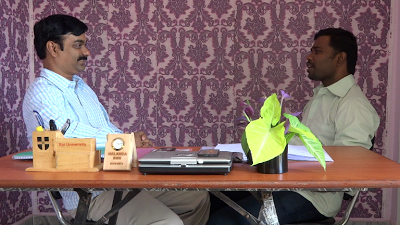 Mr. Vamsi and Mr. Vyas are students of Civil engineering in JNTU kakinada. Mr. Vamsi writes articles for Vibrations. He is the executive Editior of Vibrations. 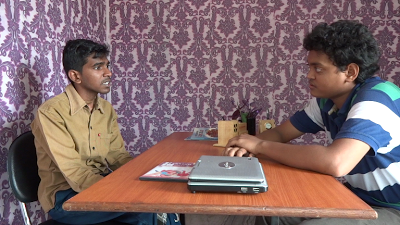 Mr. Dinesh is a financial analyst in “Optimus.” He learns French. “My interest in French is that I can make it to my career once I move from Vijayawada to Bangalore." I heard that the opportunities for French are great in Bangalore. 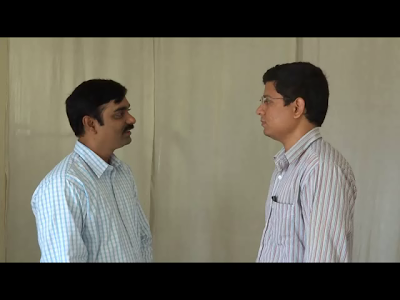 Mr. Huziafa Mr. Moiwa are students of Engineering in Nova college. They like English and French. they have learnt to communicate well.  They amiable students. I like them for their uprightness. 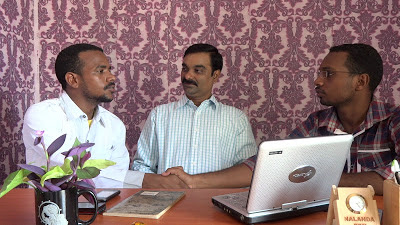 Mrs. Rajeswari is the best French student of EFL. She attended classes three weeks. She has both passion and need to learn French because she has to live in France as her husband works in Paris. She has gone to Paris and settled there with her husband. 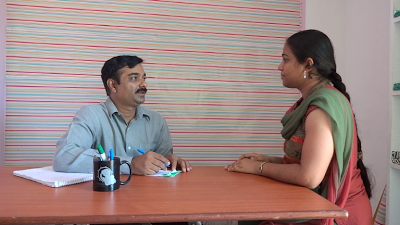 These 3 French students are Mr. Balaji (Retd Bank Manager), Mr. Ashok (Hotel management worked at London) and Miss. Ramya ( Nursing Student). Thanks to Mr. Balaji who proved that people can learn a Foreign Language even after 55 years. 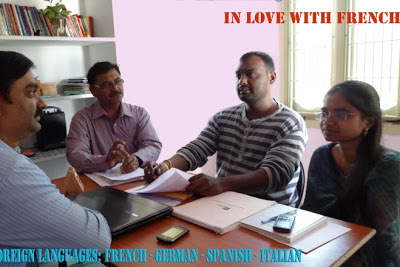 Mr Bharat Kumar, a creative personality is the Head of Lunar Technologies. He learns Professional English communication. He speaks English well but he has difficulty in certain areas and he is committed to improve his English. 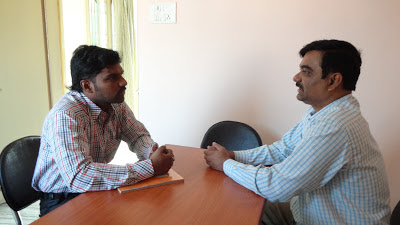 Mr. Mahesh works for a multinational company. He is from Telugu medium. He learns from the basics. He is improving his reading, writing, listening and speaking. 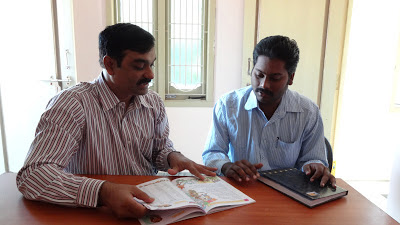