Here is Inspiration, Motivation and Education. 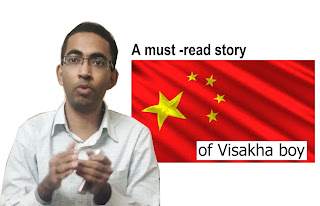 Chinese is one of the most happening languages. Some people think Chinese is a difficult language. You will not feel that Chinese is  difficult any more once you meet Mr. Chandu. If you want to learn Chinese language there is no better source than Mr.Chandu to the best of my knowledge.

I met Mr. Chandu, MA Chinese student in JNU - Delhi. He is a campus student who has been living in Jhelum hostel for 4 years now. He has finished his B.A Chinese under the tutelage of Dr. Priyadarshi Mukharjee a noted scholar and polyglot. I am a polyglot myself I can speak 6 languages.

He read my blogs on the internet and called me up. He introduced him as Chandu I year MA Chinese student on JNU Delhi. (I was also a past Chinese student who dropped it for Japanese.) I asked him to speak in Chinese. I was surprised to hear fluent and soft Chinese like voice from this Visakha boy. I decided to meet him personally. Thus I went to Delhi to  meet him.  I reached Delhi from Vijayawada. He invited me for lunch but I decided to spend time only on speaking not on eating. I finished lunch outside and reached JNU with my wife by auto and met him at 3.00 pm on Sunday the 2nd December 2018. He came to the North gate of the University and received us. 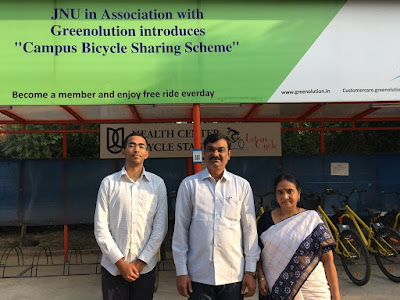 I was taken in by his courtesy and politeness. His manners are delightful and awesome. My wife and I felt that the way he received us looked more like a son receiving his parents than a stranger. Every moment, in every movement we both saw and felt something different in him we can not find in students of modern generation. What a great contrast. The same JNU which has produced students like Kanhaiya kumar, Khalid umar aslo produced students like Chandu. I had very low opinion on JNU. His attitude has changed it for ever after he took me to his hostel.

What qualities you need to learn a foreign language? 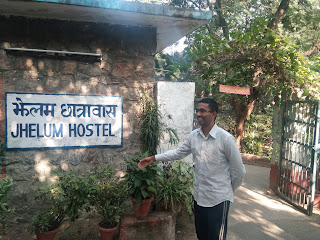 Mr. Chandu's parents live in Anakapalli near Visakhapatnam, but he never visited his parents during the 3 year BA Chinese Course. He has visited China and Taiwan and has already received job offers. He has the desire to serve learners of Chinese language. You may approach him for Chinese language. The proverb says face is the index of mind but I say that personal qualities are index of future. I wish Mr. Chandu a bright future.