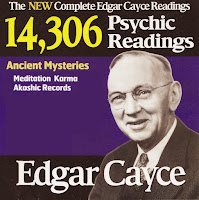 I had a random talk with Mr. Siva Vani who is the director and script writer of  TV serials such as "మాతృదేవోభవ" "ఓ పాపా లాలి"  "ఓ యోగి ఆత్మ కథ". The discussion was very interesting and informative. He is a man of deep spiritual thinking and meditation. He has Psychic powers. This post will give you clear idea with real life stories.

Do you know what is Paranormal? Paranormal is something that can not be proved by science. God and Ghost are paranormal. Do you know what is clairvoyance? Well it is Special vision(Divya Dristi) But do you believe in it? If you don't you may read this to get to the bottom of the astounding secrets behind this special power, which is possible only though a spiritual process called Dhyana Yoga.

Mr. Siva Vani  has acquired Clairvoyance through strenuous yogic practice. According to him all human activities of past can be heard and seen with Clairvoyance simply because they are stored in the form of audio and video signals in the ether. In a deep meditation stage called Dhyana Yoga we come in contact with those signals. Thus it is possible for yogis to see any thing in the past. He mentioned the examples from history.

An American Psychic Edgar Cayce had used Clairvoyance - perceiving information hidden from normal senses through extrasensory perception. Cayce was born on a farm in Hopkinsville, Kentucky, in 1877, and his psychic abilities began to appear as early as his childhood. He was able to see and talk to his late grandfather's spirit, and often played with "imaginary friends" whom he said were spirits on the other side. He also displayed an uncanny ability to memorize the pages of a book simply by sleeping on it. These gifts labeled the young Cayce as strange, but all Cayce really wanted was to help others. 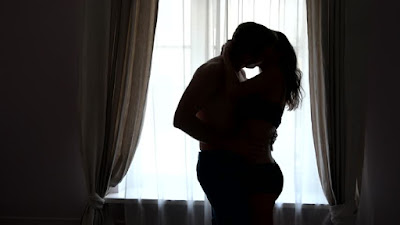 A young couple in America had a strange problem. The problem might look ridiculous to others but it was a big problem to them. The husband was impotent and his beautiful wife was promiscuous. She had affairs with many men in a club in which she was a member. It was dragged out into the open by the women whose husbands fell in the spell of this beautiful lady. It was a big stigma on the family of the young couple who approached Edgar Cacye.  Edgar Cacye who was a psychic perceived the reasons lurking behind their problem. The husband was an army officer who devoted most time to battles and spent away from wife. He used to lock his wife with chastity belt until he returned home.  His beautiful young wife endured great suffering for want of sex. Her unfulfilled desire was noted on her subconscious ( sookshma deha) and as a result, to quench her thirst she took birth as a beautiful lady and picked up affairs. The reason for the husband's impotency is also explained. As the husband, in his previous birth, spent most time in wars, neglected his desire, his subconscious has taken it and in his next birth he became an impotent.  This is only a reference to the existence of Psychic powers.