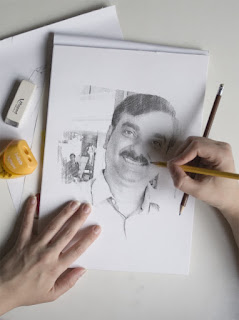 I never thought that I would become a voice over. But I became one but not by chance. I became a voice over by dint of hard work. A hard work that had lasted for a decade before I saw my CDs on stalls. I remember those days( my initial days of practice) very clearly where any people made a fine point at me. " You are practicing English pronunciation! What a fun!!"

Nobody encouraged, every dissuaded and laughed at my English pronunciation practice. Not  only did my brother laughed at my practice but also he mocked at my goal of becoming a good English voice over. but that did not batter my confidence. I swerved not from my objective.


The result is amazing. After a decade I was in several recording deals for my good pronunciation and accent. The people who laughed at me ate a humble pie. Those who said what a fun!! ate their words. I seized several chances to speak on All India Radio. I was appreciated for my news recording in neutral accent although many people liked my american accent. I received many positive comments about my voice  in FB.  This is one of the comments I have received from a facebook member when I uploaded the following video. 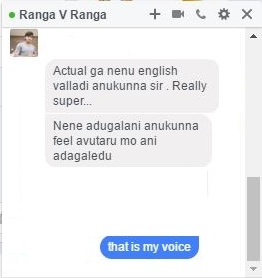 
The above Facebook message is in Telugu. In English it means he watched my video and thought that it was some English man's voice. He also said that it was really super. I worked for AIR, Schools, Colleges, private and government organizations but the educational CDs gave me immense satisfaction. I liked several voices in the internet and television. Here is one of the voices I liked.

THIS IS THE STORY OF THOUSAND ONE ARABIAN NIGHTS.

I have high regard for the profession of a voice-over and I still admire it although I became a foreign languages trainer by profession. I believe that voice over is a profession par excellence. When I was at the verge of leaving the profession I have also written a book called " The dynamics of English" 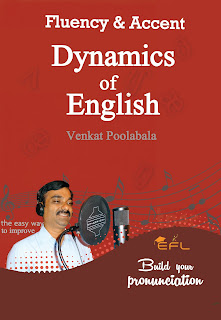