What can French give U? A good job good money, lot of confidence!
Trust me when you learn French high paid jobs are waiting. Only thing you have to do is to learn French. Any foreign language has good opportunities for that matter. Can't you learn French to reach your goal? Learning French at Vijayawada is the fastest and the easiest. 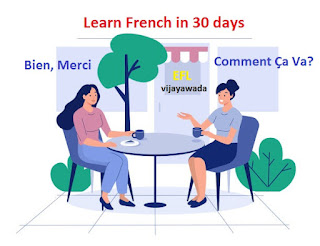 I have finished my visit to Nandi Academy Nandyal and returned home a week ago. I was in Nandyal on 11th, 12th and 13th of June.  It was  a three day work-shop on French and other foreign languages. These days I am so busy that I haven't got sufficient time to eat or sleep. That is why I am writing this post a week after I have returned from Nandyal. I am obsessed with the French.   It is a calling that has been continuing in my life. Learning French has several personal and academic benefits I want to pass on those benefits to the students, particularly the young ones. I visited several schools introducing French language.  Recently Vijaya college of Management studies for girls in Vijayawada has  opened its gates for a foreign languages seminar but such colleges are rare. it was only a one hour session.
Nandi Academy - Nandyal is a famous International school that has invited me for a three day work shop on foreign languages in the school. I remembered the schools I visited on my French Mission.  Jhansi school in Darsi  second farthest school from Vijayawada  that can be juxtaposed with Nandi academy. After my visit to Darsi village in Prakasam District this visit to Nandyal is the farthest trip on my mission to spread French.

I reached Nandyal on the wee hours of 11th June and was received by Mr. Valli, the driver. he drove me to went the residence of the Principal. I got refreshed in a few minutes. Later that day I was given the guest house.

The management of Nandi School gave me a duplex house for my stay.  They deserves accolades for treating a resource person with such kindness. the cleanliness of the place attracted me so much. I wandered in the colony in the evening and took many snaps of the plants and streets. They streets are as clean as the interiors of the guest house as you see in the picture below. 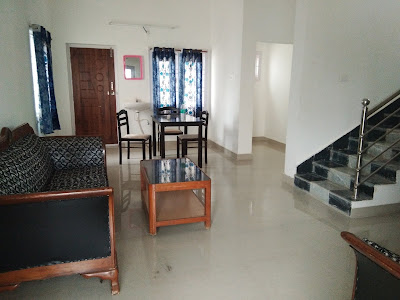 The school is green with plants and trees. The campus is very huge.  Smt. Padma kala is has taken good care  in arranging everything including the best accommodation and food. The work shop really went on well. The students of this school will certainly get a name foreign languages for themselves and the school in the near future

The guest house where I stayed is in the proximity  of this apartment where the Principal Smt. Padma kala lives. I have taken this picture and keep it my blog as a fond memory but I have kept her picture in my heart which will never fade out in course of time.

Posted by poolabala at 9:01 AM