On 17th November 2021 I spent my whole day serving Vasireddy Venkatadri Institutions of Technology. This is purely my service to the field of education.I didn't do it for any sort of monetary benefit. 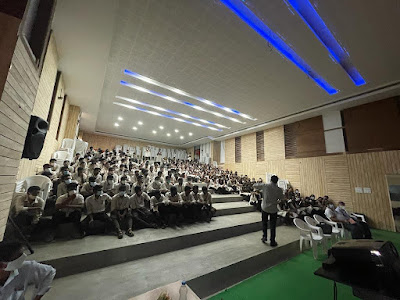 I was formally invited  to speak on foreign languages  at VVIT Campus which is on the way to Guntur in a small village called Nambur. It is 50 kilometers one way from VANUKURU whre I live.  I started at 12.00 pm from my place.  The seminar was from 2.00 pm to 4.00 pm.  I reached the college at 1.00 pm.  I met the chairman of the Institutions Mr. Vasireddy Vidya sagar. We had lunch together. 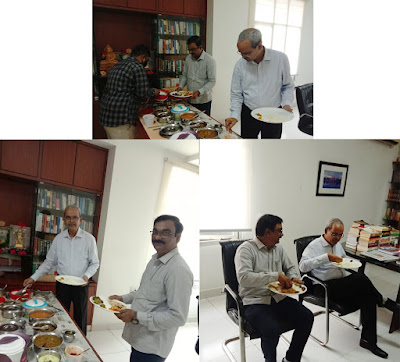 Lunch with Mr. Vidyasagar the chairman of VVIT
After the lunch I was taken to the auditorium by the students and faculty members. About 300 students attended the seminar on Foreign languages. The students participated enthusiastically in the seminar. I first addressed the students in Spanish later I switched over to German, later to French, Italian and Japanese.
I finally landed in Telugu after  I speaking in six languages.  Every time I changed the language the students clapped with glee. The sound of claps gave me immense joy. Every time I spoke about the books I wrote in foreign languages or the foreign authors I met,  the seminar hall was electrified. finally when I was speaking about BHRATAVARHA (my Telugu novel under Guinness record  assessment) the claps sounded  louder and continued longer.  The seminar was over at 4.00 pm as planned. I returned home from the college at 7.00 pm. The sound of claps still rings in my heart. 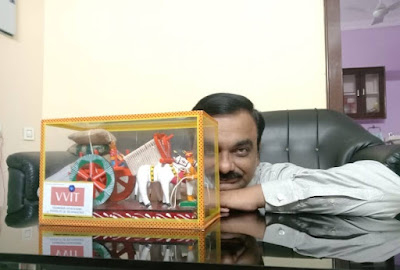