Away from the Band Wagon 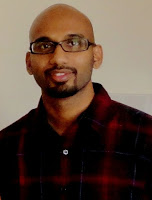 B.Tech Computers. wanna be a software Engineer is most common student profile in Andhra Pradesh. B.A. French wanna be a French professor is not only uncommon but also unusual and rare. Prasanth makes it all. He makes a difference both in his choice and goal. These days, people select some course based on the job opportunities not based on their interest. There is hardly any difference between farmers and students of Andhra Pradesh. All farmers harvest the same tomato or onion and land in losses similarly all students take B.Tech and land in troubles. Now-a-days Engineering colleges are being sold out as they have no proper strength. in other words the students of AndhraPradesh have no strength. It is true. How many students have the confidence to learn a foreign language?  At least least how many students have the confidence of learning English? Many students fail to learn English although they are educated in English medium. In good old days, English medium students used to have a pride in learning and speaking English. They were so used to English that they find themselves  more comfortable with English. A.P.Chief Minister. Mr. Kiran kumar reddy is an example for this. Now -a-days due to mushroom growth of pseudo English medium schools  the English standards became zero(not fallen). Teachers with no knowledge or courage to learn and teachers with no inclination to justify the job of a teacher are being appointed as teachers. They have neither the zeal nor the courage to learn. All they know is to fight out English under the pretext of Mother tongue. Although many managements engage on job training, the teachers just escape. They reflect their inferiority in all their classes. It comes in the way carelessness and noncooperation. These kinds of teachers are not only bad example  but also a curse to the concept of education. Prasanth said that he was a victim of such teachers. he said that he hated his school for this reason. He longed to learn English. He did it. He speaks English so fluently that it sounds like his mother tongue. He loved to learn a foreign language. He learnt( has been learning) French. He speaks French fluently. He is presently learning Korean language. When I asked him why he is learning Korean language he said that it was his love to learn other foreign languages. He also said that Korean is a developed country which is opening to the world. Finally when I asked him about the opportunities for french learners he said," there are plenty of openings in Tourism, Interpretation and Teaching. I thank Mr.Prasanth through my blog for giving his time.  Bye the bye I also thank you my dear reader.  Please post your comment don't be silent.
Posted by poolabala at 4:48 AM