Venkat Poolabala is the first Indian who wrote a novel in French  after Toru datta.  Toru wrote Le Journal de Mademoiselle d’Arvers.  It was  published posthumously in 1879.

"Notre école" is the first French novel in 21st century written by Poolabala.  It is written not only in French but also in English as "Our School." It is published on 31st December in 2016.

Circumstances that led to the writing of the Novel 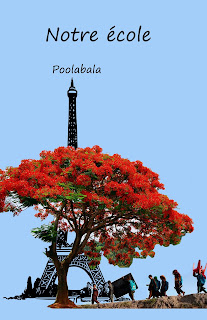 You can see the French title Notre école on the cover page.    It was my French dream. I had the dream of making a French film.  I knew it was hard because the project not only needed young children who are willing to act but also capable of speaking French.

You know that parents  are willing to send children to regular IIT coaching schools. I was inspired by the story of the Chandran the auto driver whose novel has been made into a film that won first prize at the international film festival at Milan. I wanted to involve some children from my place and I hoped that they would win international recognition if not an award. I sought the help of many people I know. There was hardly any response even after 2 years of search and service.
I did not waste the inspiring story with unparalleled motif. So I have brought out the story in the form of a novel as Film making was not possible. 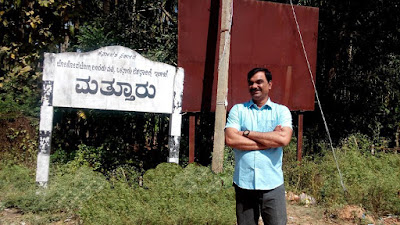 Finally I had the fulfillment of a two year long dream. I have published and presented the English version of Notre école - Our school as a New Year gift to many of my dear friends and literature lovers. I am now waiting for their feedback.