A chance meeting with her in October

I remember, that I was still a floater
But she was sober and gave her number
O My God ! I checked if I were in stupor 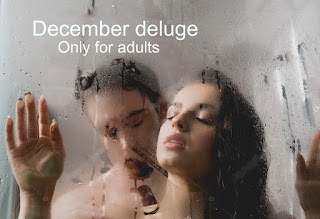 October is Hilight, it is a romantic Pilot
Perhaps it’s tolles allude to a future collide
But I’m afraid it’s a charade played by God
Because I trust my destiny is a bit skewed.

In November I remember many a damsel
I met who had cast a huge romantic spell
All their faces like a film reel pass my mind
What a phantasmagoria! what a euphoria!!

In the beginning it’s all a honey cascade
Passing time exposes the masquerade
in the end  each damsel blasts a bomb shell
Where is the serendipity!  Oh! What a pity
Romance ends in piety!!

December deluge is the eye witness
To my romantic fitness that divulges
The hidden prowess of the tigress
A libido that goes beyond credo
I‘ve seen a real damsel after ages.

Divine December Pristine fourteen
You gleam on my realm forever!!!