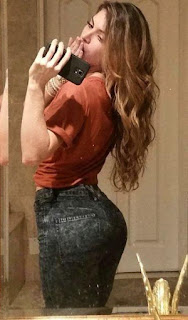 So often she kisses herself with mobile
Narcissism and hedonism are her style
She drank education more like a potion
For a posh life she took it like poison.

She is nestled in western culture
She loves exposure in haute couture
For her marriage is simply a rupture
She thought consort is a spoil sport.

The bimbo long kept her marriage in limbo
She finally chose a senior in her bureau
She’s pragmatic, never minded age hiatus
What matters to her is the financial status

His libido sank he admitted it, he was frank
She demanded it, she said marriage is no prank
For him the game seems like a hobgoblin
but she demands it, she was a knob goblin

He said he was neither nineteen nor a machine
He couldn’t long defend soon came the end
The wedlock came to a deadlock. who cares?!
Posted by poolabala at 11:11 PM